What is Revo Remapping 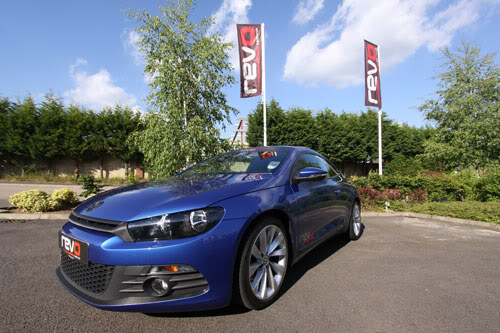 Most modern vehicles contain an ECU (or Engine Control Unit) that is effectively a small computer which controls how the engine works. Vehicle manufacturers de-tune the engine by setting the software on the ECU to default before sending the vehicle out. This is done due to the manufacturers having to sell their cars all over the world, this means that the software settings on the ECU must take into account different climates, laws & restrictions and varying quality of fuels. Vehicle remapping is basically the modification/replacement of the manufactures default software on a vehicles ECU.

How does it work?

A vehicle remap replaces default software on the ECU, overwriting it with new software which can be programmed to optimize the cars overall performance. This is known as vehicle remapping because the ECU is essentially a program that controls how the engine works. When your car is remapped, the tuned software is plugged into your cars serial port (or OBD port) which then overwrites the engine map with the new version to enhance engine performance. The ability to flash directly through the OBD has brought the tuning industry on leaps and bounds, with constant development on the engine now being much quicker via the flash process.

What are the effects of ECU remapping?

Many people say that ECU remapping doesn’t affect fuel usage, however this is not technically true. Because of the process involved in ECU remapping more fuel is going to be consumed in order to produce the increase in power. If the car is driven in an enthusiastic way after the remap has been carried out then the fuel economy will not increase (and in some cases may decreases). If, however, the driver modifies their driving style to make the most of the increased power and torque throughout the rev range then fuel economy can be increased. A good example of this could be that the improvement in torque produced by the engine after remapping means the driver no longer has to drop down a gear to maintain speed on an incline or may not have to change gear as frequently in traffic. All of these little things add up to an improvement in fuel economy.

There are many reasons to choose vehicle remapping. Firstly, you will notice that your engine responds better when the accelerator is pressed. The overall torque and power will be noticeably increased. Power delivery will be smoother making for a much safer driving experience, which in turn also makes it easier and safer to overtake. During normal driving you will notice that your MPG is better which not only decreases the cost of fuel that you will have to pay, but it also minimizes your carbon foot print. Throttle response will be improved and the rev range will be enhanced.

Revo’s mission is to produce unique and innovative hardware and software products that improve the performance, drivability and responsiveness, against a manufacturer specification vehicle. Revo aspire to give the every day driver a sense of distinction from the standard and a broad smile on their face every time they drive. Whether on the road, or at a track day, Revo enables your performance advantage.
Established in 2002, Revo was the industry pioneer in the art of delivering switchable* performance re-map software to the vehicle ECU through the OBDII port.

A decade on, Revo, now part of the STaSIS Revo Group of companies, continues to specialise in performance enhancing hardware and software products for Volkswagen group and Ford vehicles. These products are now available through MDM Technik Ltd.

The engineering team at Revo pride themselves in producing the best software for your vehicle. Revo engineers possess over 100 years combined experience in ECU software development, programming and performance car tuning. This depth of knowledge and experience allows research and development to be conducted in-house. The combination of Revo using software tools that they have designed and created themselves, the countless hours in software development and precise engine tuning means that Revo products are the most up-to-date, ahead of the competition and considered by many to be the most advanced and best tuning software available.

Below is a brief outline of the steps Revo go through to develop a performance tuning map on a new vehicle or new factory ECU upgrade before they release it to MDM Technik Ltd.

A test car is obtained or a new factory ECU is purchased. Revo developed software tools are used to create communication protocols. These protocols allow the software engineers to read the ECU and create an ECU specific “profile”, locating maps and giving our in-house tuners access to the required areas with the ECU software.

The test car is Dyno’d and road tested in standard form. High speed data acquisition is used to monitor the vehicles sensor outputs and feedback to determine how the engine performs with a “stock” factory ECU.

All the data acquired from the “stock” vehicle testing is analysed and software limitations identified. A test file, allowing us to change the “stock” ECU setting, is created. The limitations are reviewed, and where necessary tuning tables are modified to maximise performance.

Tuning isn’t as simple as increasing load, boost pressure and timing. To create the most efficient and usable software, the tuning has to be much more in depth. A significant amount of time required to achieve the correct balance to create a more powerful and usable car. For example, if it is identified that a higher boost pressure can be run; then for this target to be achieved it involves our tuners reviewing numerous tables and lines of data, modifying both the directly and indirectly effected areas of the software map to achieve optimum results whilst retaining the ECU’s adaptive nature and safety features. Through this extensive work our tuners create the ultimate performance map. We assure that the modifications can be run safely without the risk of component failure. These improved settings allow the engine and components to work with each other to the best of their abilities but never exceeding their safe limits.

Initial testing is run on the new ECU programme. Combining testing on the public roads and high speed testing at regional testing facilities, allows us to gather data on performance vs. fuel economy. As Revo software is used worldwide we continue the testing on varied fuel quality, from 95 ron to full race fuel.

External factors can dramatically affect the performance of an engine. By adding further programming the software can be enhanced to include switching, building in adjustability, to take into account the external factors and minimise the affects. For example, timing will be adjusted depending on the grade of fuel and/or boost levels can be adjusted depending on the outside air temperature as this affects the air density. Once switching is programmed into the software, performance is again tested and settings optimised for each variation.

Longer term road testing is carried out, monitoring ECU adaptation, real world fuel economy and overall drivability of the car. If approved the software is then installed on a 2nd and a 3rd test vehicle. If all tests are passed and verified then the final product is ready for release.

Revo aim to provide every customer the ultimate level of confidence in every product they release.
In order to achieve this, Revo exhaust themselves researching, analysing, developing, testing and being relentless in their quality assurance program. Revo ensure, whether it is daily driver mode or completing a demanding lap or two of the ‘Green Hell’ (arguably the worlds most demanding motorsport circuit that is Nurburgring Nordschleife), the only things you will ever need to remember to bring alongside our products are i) your helmet and ii) a fuel card.

Its simple, because whether road, track day and beyond to race, all of Revo products are tested under the same program. We believe as our customer, you should enjoy real performance products, capable, when put through its paces, of seamless transition from every day to the track day, without any inconvenience or expense of further modification or adaptation.

Do you have a question?